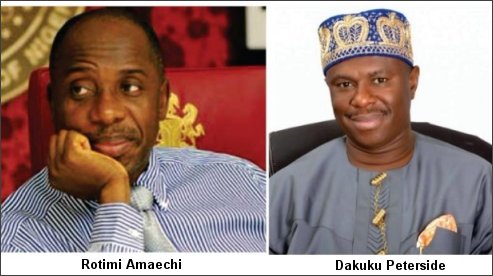 In its 30-year history since the National Shipping Policy Decree 10 of 1987 set up the National Maritime Authority, over 12 substantive directors general have been appointed to head the agency that in August 2007 became the Nigerian Maritime Administration and Safety Agency (NIMASA). Within the period, about four people had run the agency in acting capacity. Invariably,  at less than 30 months actual time spent in office, it enjoys the unenviable reputation of having the highest turnover of chief executives among all agencies of the federal government.

A common feature of the parastatal is that the number of its substantive directors general is directly proportional with the number of ministers of transport appointed over the period. Every new minister of transport always sought to install his own man as director general and always had his way even when the agency’s enabling law provided for a three-year tenure.

Such was the frequency of the revolving door to the office of the director general with the coming of a new minister that industry stakeholders saw the office as laced with banana peels. With the length of time in office tied to the godfather’s time as minister, it was a recipe for a race against an unknown time.

At the time of its establishment as NMA, the indigenous shipping community was ecstatic, a feeling inspired by the promise of a clement environment that would enable them compete favourably with their foreign counterparts. The mercurial Dr. Bassey U. Ekong and his team of technocrats had penned a vision-driven law anchored on promotional approach to propping up the fortunes of local shipping operators. 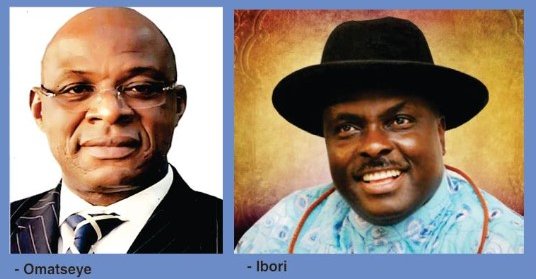 Against the undisguised antagonism of the dominant western shipping companies, Ekong’s NMA drew up an ambitious plan to carve out a significant slice of Nigeria’s actual shipping operations for the indigenous community. On came issues as cargo sharing and cargo allocation as well as designation of national carriers. In 1988, NMA granted six locally owned shipping companies national carrier status,  including the now liquidated state-owned Nigerian National Shipping Line (NNSL). This entitled them to preferential treatment in cargo allocation as they met the basic requirement of owning ocean-going vessels.

Although the bold initiative was stifled by a combination of strident opposition from western nations and lack of political will on the part of the Nigerian government to back the NMA, they had done enough to rattle the dominant carriers and open the eyes of the local shipping community to the new frontiers in international shipping and the fact that Nigerians can do it.

Unfortunately, the tempo built by Ekong and his team could not be sustained by their successors. The three percent levy on the tonnage of cargoes destined for Nigerian ports had become a steady conveyor belt of ready cash. The proceeds of the levy was supposed to fund a special facility where shipping entrepreneurs can access cheap funds for the acquisition of vessels.

Under Alhaji Munir Ja’afaru’s watch as director general, the Ship Acquisition and Ship Building Fund as it came to be known, was activated and funds disbursed to companies adjudged to have met the conditions set for shipping companies that applied for loan. Afterwards, over $100 million was disbursed at the first instance with the NNSL securing more than 80 percent of the total. Due to inadequate corporate governance,  however, the fund which was projected to be a turnkey facility had poor returns on the performance of the loan beneficiaries.

Rather than draw lessons from the initial hiccup and fine tune the facility for greater performance, the federal military government in its characteristic manner opted to throw away the baby with the bath water and cancelled the programme. 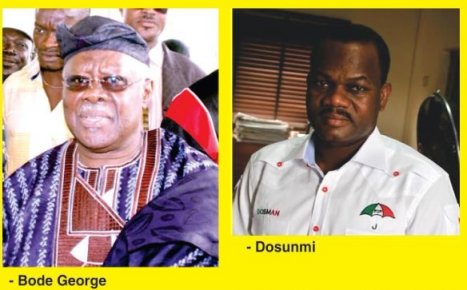 With the decision, the core responsibility of NIMASA – facilitating the participation of indigenous shipping operators in the handling of goods generated by Nigeria’s external trade – was jettisoned and has remained so. The revolving door has been seeing journey men who are usually in a hurry to spend money on projects with little value to the shipping community. From being an agency to aid ship owners and shipping companies,  NIMASA is not a warehouse for funds ultimately accessed by political office holders for purposes other than shipping development.
Since the Cabotage Vessel Finance Fund (CVFF) came on stream shortly after the Cabotage Act was passed into law in 2003, over $100 million has been collected and keeps accumulating. Making the money to Nigerian cabotage shipping entrepreneurs has been like waiting for godot while the fund is regularly been depleted.

There was an air of hope and optimism when Dr. Dakuku Peterside, a former governorship aspirant in Rivers State under the ruling All Progressive Congress (APC) and protégé of Chibuike Rotimi Amaechi, minister of transportation,  was appointed director general of NIMASA. Young, bright and articulate,  he seemed to personify the change mantra that propelled his party to Aso Rock in 2015. But industry operators have been left wondering why their hopes are always dashed.

Peterside has shown little inclination for innovation or liaise with core operators in order to key into their prime needs. Rather, operators consider him distant, aloof and esoteric in pronouncements. His close relationship with Amaechi has drawn him deeply into the fracticidal politics in their native Rivers State with Peterside often away to Port Harcourt for political meetings whenever he is not out of the country.

There has been constant clamour that people knowledgeable about maritime or industry operators be appointed to head NIMASA. The calls have been generally ignored and when any industry expert was appointed as was the case with Mr. John Patrick Egesi and Mrs. Mfon Usoro, they were quickly hounded out of office.

For Peterside, unless he embarks on a fundamental reinventing of himself,  he may end of being one of the long list of has-beens that went through the revolving door just like that and left just like that. Ade Dosunmu, Ferdinand Agu, Festus Ugwu, George Eneh, Temisan Omatseye, Munir Ja’afaru and Ziakede Patrick Akpobolokemi were there.