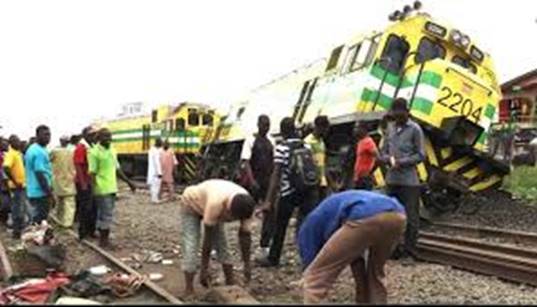 Several persons are feared dead at Abattoir area of Agege outskirts of Lagos when a train derailed this morning. Lagos State police spokesman, Olarinde Famous-Cole who confirmed the incident noted that the train also rammed into a Trailer, injuring many and leaving unconfirmed number of victims feared dead. According to Famou- Cole who confirmed the incident in a telephone call, “We just got the information. Our policemen and those attached to the railway command are in control of the situation. I cannot confirm any death, but i can tell you that some persons were injured. ” We shall be able to furnish you with details later please.”