“You know, in my very first meeting with President Buhari, he said he would like us to shift our focus to the northern region of Nigeria and we have done that. Now, it has been very difficult. The work there has been very difficult.” Jim Yong Kim, World Bank President. If any more evidence is needed that President Buhari has deliberately embarked on running Nigeria’s democracy as “Government of the Northern Region, by the Northern Region and for the Northern Region”, the World Bank, WB, President has removed all doubt. The very use of the term “northern region” makes it very clear that the man millions of us in the Southern Region trusted, campaigned for and supported is after all a northern believer. 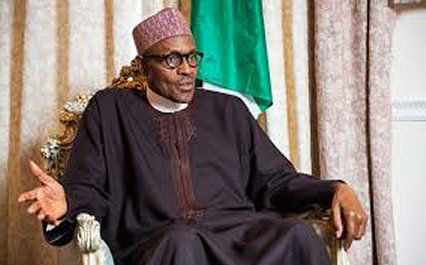 As one of those who trusted him sufficiently to follow him in 2011 and 2015, it is difficult to express the depth of disappointment felt when reading that statement which reflects as much corruption as anything Mrs Diezani Alison-Madueke,  has been accused of perpetrating. The man who announced in May 2015 that he was for everybody and for nobody has demonstrated in many ways that he was being deceptive. Henceforth nothing he says can be believed.

To begin with, any loans sourced from the World Bank or any other source will ultimately be repaid, with interest, from revenues generated mainly from sale of crude oil, corporate taxes and the Value Added Tax, VAT. Even the village idiot knows where the crude oil is produced – the Niger Delta. The fool knows that the bulk of corporate taxes is collected in Lagos.

And, the moron is aware that Lagos provides close to sixty per cent of the VAT. Obviously, what “our dear” President of the Federal Republic of Nigeria has in mind is a situation in which the “Southern Cows” will be milked, for the “Northern Cattle” to drink. And, he actually believes that that is a fair way to be the Father of the Nation. At least now we have a clear picture of how his mind works.

We now know that the lopsided appointments in favour of the Northern Region, which started from his first day in office, were premeditated acts of discrimination against the Southern Region. We also now realize that other inequitable recruitments favouring the Northern Region by the Department of State Services, DSS, diplomatic service, Nigerian National Petroleum Corporation, NNPC, were premeditated and designed to favour his people more than others. Cheating Southerners, which is a worse form of corruption than an appointed official stealing public funds, was planned even as the campaign for change was going on.

While the officials of the former government who had been dragged through media trial by what appeared to be a compromised Economic and Financial Crimes Commission, EFCC, might have been guilty of heinous crimes, it is a fact that whatever they did was not government policy. We have had no evidence yet that Jonathan was aware of them.

By contrast, the powers of the Presidency had been harnessed to perpetuate injustice to ALL Southerners as the World Bank revelation has proved beyond reasonable doubt. It is the President of Nigeria who is masterminding the policy of robbing Southerners to deliberately favour Northerners. It was a grave mistake and the consequences for all Nigerians will be grievous.

To begin with, any Southerner, Professor Sagay included, who still clings to the false notion that integrity abounds aplenty in this administration must either not know what integrity means or needs to consult a doctor. A government with integrity must wield that power like a honest justice of any court. The leader of that government must conduct the affairs of his office with absolute fairness to all concerned without fair or favour. How on earth can anybody now claim that Buhari satisfies that criterion of fairness after all the revelations?

“There is no equality in the world of [corrupt] power. The masters calculate, at usurious rate, the price of their own blood.” Albert Camus, 1903-1960. French philosopher; Nobel Prize Winner.

We should also bear in mind the other disclosures – especially the budgetary allocations to the State House Clinic which provides services to only a few thousand people, mostly Northerners, well-connected to the Presidency.

The front page of VANGUARD on October 13, 2017, reported that for the three years Buhari had been President, the State House Clinic was allocated more funds than all the sixteen University Teaching Hospitals in Nigeria providing services to millions of “Fellow Nigerians”. What sort of “Father of the Nation” would be responsible for that sort of injustice?

As Rotarians would ask, “Is it fair to all concerned?” Merely looking at the disparity in naira per person served is sufficient to point to the selfishness underlying the allocations. And, now we are being treated to the possibility of a scandal involving the Clinic right in the seat of power from where for months we have been inundated with self-righteous pronouncements. Is it fair to 180-plus million other Nigerians?

We also recollect that in 2014 and up to Election Day in 2015, when the proclamation of CHANGE was made from every roof top by the Presidential candidate, that the impression was given that such disparities  would not occur again once Jonathan was sent packing. Even overseas treatment for government officials was denounced. Today as unannounced millions of dollars are sent to Britain by the hypocrites who conned us into voting for undefined change, we wonder where is honour – without which there can be no talk of integrity?

The first and most fundamental consequence of the World Bank disclosure is that it has now forced each of us to decide if henceforth we can believe anything government says. For me, it has now become almost impossible. Too many dirty waters have passed under the bridge for that. The only thing the Buhari in Aso Rock and Buhari the 2015 candidate have in common is name.

For every finger this government points at others called corrupt, there are at least two or more pointing back in its direction. The reputation for integrity has been severely eroded, not by political enemies, but by government itself. October 1, 2017: This government announced that it had provided N500 billion in two years for Social Intervention Programme, SIP and the power production has reached 7000MW per day. Be they willful falsehood or deliberate half-truths none of then enhanced its reputation.

In reality, less than N100 billion out of N1 trillion was provided by this government. And, the power supply to consumers, which is what counts, had never reached 5000MW. At the end of that address, as I turned off the television, tears were coming out of my eyes because it became very clear that I.F. Stone was right after all when he said, “Every government is run by liars and nothing they say should be believed.” LAST LINE Dr Ibe Kachikwu should just quit and leave them to take their turn at the NNPC. Few people believe there is a fight against corruption going on in Abuja anymore. Pity.

“Should that then elicit negative commentary that has trailed the disclosure from the World Bank? Not at all, except from insidious minds.” Femi Adesina, Presidential Spokesman.

As one of those who made negative comments on the disclosure permit me to send a reply to Femi Adesina on that insult. It will be tit-for-tat. Femi Adesina like others before him who moved from the Fourth Estate of the Realm to the First, especially since Yar’Adua became President, has now confirmed that nobody should any longer believe those clever columnists who deceive us when in the media until they end in Aso Rock and show their true colours.

Adesina’s immediate past predecessor was one such since Jonathan was kicked out. Buhari too will go one day and the spokesmen who now serve him and their interests will discover what people really think about them now. Adesina is first on the list. He is obviously absolutely ignorant about how the World Bank operates.