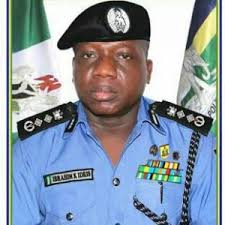 The joint Civil Society Organizations (CSOs) have frowned at the failure of the Federal Government to address the serious allegations of grand corruption made by Senator Hamman Isa Misau, representing Bauchi Central Senatorial District against the Inspector General of Police, Mr. Ibrahim Idris and the Chairman of the Police Service Commission Mr. Mike Okiro, respectively.

The CSOs in a press release issued in Lagos yesterday and signed by Okechukwu Nwanguma of NOPRIN Foundation, Victoria Ibezim-Ohaeri of Spaces for Change and eighteen others recalled that in the past three months, through interviews in the media and on the floor of the Senate, Senator Misau had consistently accused the IGP of grand corruption, abuse of office and predatory sexual misconduct against serving female officers of the Nigeria Police Force (NPF).

He has also accused the Chairman of the Police Service Commission of complicity in the corruption and irregularities surrounding police promotion.
Additionally, Senator Misau has accused both the IGP and the Chairman of the PSC of deviating from the guidelines for police promotion, discarding the requirements of merit and equity in favour of nepotism, favouritism and bribery.

In response, the IGP claims that Senator Misau, a former Police Officer, deserted from the NPF and forged documents related to his disengagement from the Force.

The PSC in September confirmed that the Senator’s retirement letter was regular. The Senate has, nevertheless, established ad-hoc committees to investigate Senator Misau’s allegations and the counter-allegations from the NPF. While the statement described the Senate’s response in setting up the ad hoc committees as a welcomed development, it hoped that the investigation would be prompt, impartial and exhaustive and that the outcome would be made public.

“Unlike the Senate, however, the Presidency has remained silent in the face of these grievous and lingering corruption allegations against the IGP and the Chairman of the PSC.  “Under the Constitution, the Police Act and the PSC Act, the President has primary supervisory responsibility over the IGP and the PSC. The police is the primary law enforcement agency in Nigeria. Fighting corruption is President Buhari’s signature commitment, therefore, when allegations of crime and flagrant breach of the law are brought against the IGP, we expect the President to treat them seriously. Rather, his silence in this case has been deafening.

“Senator Misau’s allegation reinforce similar allegation contained in earlier petitions to the President against the IGP and the Chairman of the PSC by notable civil society organisations, including NOPRIN, Access to Justice, and CSNAC. None of these petitions were acknowledged. Curiously, as soon as the Senate set up the ad hoc committee into the allegations against the IGP, the executive responded by filing criminal charges against the Senator ‘for making injurious statements against the IGP Ibrahim Idris’.

“The failure of the President to address these allegations is damaging to morale and discipline in the NPF and makes his anti-corruption agenda questionable.

“Police officers themselves have been grumbling and expressing their grievances through petitions over what they describe as irregularities and favouritism in police promotion which have seen many of them stagnate on the same rank for as long as ten and more years while their mates and even juniors are promoted, sometimes two or three times over them.

“It also has grave implications for public safety and security as disgruntled police officers are predisposed to taking out their frustrations on fellow citizens becoming predators rather than protectors and undermining national security”, the statement said.

The statement however called on President Buhari to live up to his constitutional responsibilities and demonstrate commitment to genuinely fight corruption in the country by supporting efforts to get to the roots of the grave allegations against the IGP and the Chairman of the PSC and to ensure that they were appropriately sanctioned in accordance with the law if they were found culpable.