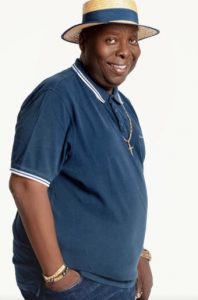 The League of Maritime Editors (LOME) has condoled with the Chairman and Chief Executive Officer of Sifax Group, Dr, Taiwo Afolabi, over the sad passage of his twin brother, Mr Kehinde Afolabi.

In a condolence letter to the Sifax boss, the President of League, Chief Timothy Okorocha and the Secretary, Mr Felix Kumuyi said the late twin brother, Keyinde, died when he was most needed.

Describing the passage of the late Keyinde as very painful, the League prayed to God to give the Afolabi family the fortitude to bear the big loss.

The association also prayed for the repose of the deceased’s soul.

Part of the letter to the Sifax boss reads, “No doubt, the death of such a beloved twin brother, whom you have come a long way with, will remain a big shock to you for some time. You have to be consoled, however, of the reminiscences of the great time you have had together, having the faith that one day, we will reunite again.

“May his loving soul rest in the bosom of the Almighty, as we pray that the good Lord will give you, your entire family, as well as the management and staff of SIFAX Group of Companies the fortitude to bear this great loss”.