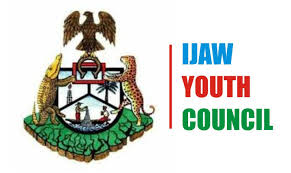 THE Ijaw Youth Council IYC, Worldwide, has slammed the the Conference of Nigeria Political Parties, CNPP, and the coalition of Civil Society Organisations, CSOs, over calls for the resignation of the Executive Secretary of the Nigerian Content Development and Monitoring Board, NCDMB, Mr. Simbi Wabote over corruption allegations.

IYC described the call for Wabote resignation as mischievous and aimed at tarnishing the image of NCDMB Executive and distracting him from the laudable job he is doing at the NCDMB.

President of IYC, Comrade Peter Igbifa, who was reacting to a statement by the CNPP National Chairman Chief Willy Ezugwu and the Secretary of the CSO coalition, Alhaji Ali Abacha, said it was subjudice for the duo to comment on an issue that is before a court of law.

Igbifa said: “Wabote has made us proud as an Ijaw man. His professionalism in the management of the affairs of NCDMB is outstanding and his achievements as the executive Secretary of the Board are extraordinary. Therefore, IYC under my leadership cannot allow any campaign of calumny designed by envious losers to embarrass him.

“NCDMB under Wabote is the only agency in the heart of Niger Delta that has operated without any political interference. Under Wabote’s NCDMB, youths across the country are trained, employed and empowered in various fields of endeavour. We won’t allow anybody to destroy the character of this performer.”

Igbifa explained that no court in the USA had found Wabote guilty of any wrongdoing saying persons behind reports accusing Wabote of perjury should be arrested and tried for causing public nuisance and civil unrest.

Describing Wabote as a frontline Niger Delta son and an upright public servant, Igbifa said the persons raising unnecessary dust had no locus to make a defamatory suit filed by Wabote himself a matter of public discussion.

Igbifa said persons angry with Wabote because they had yet to directly benefit from NCDMB should retrace their steps and consider the general interest of the region.

He urged Wabote not to be discouraged by the antics of desperadoes and called for synergy from all stakeholders to tackle the challenges facing the Niger Delta.