The tussle which dogged the Board of the Nigerian Ports Authority NPA, under the Chairmanship of Chief Olabode George which ultimately sent some members to jail may be rearing its head again. 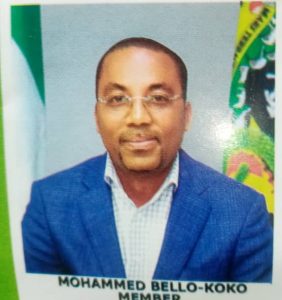 Rumour had it then that Capt. Olu Abidoye, then Executive Director Marine and Operations was at daggers drawn with Architect Aminu Dabo who served as Managing Director. Abidoye, basking in his core professional competence was believed to be angling to succeed Aminu Dabo, thereby creating all manner of bottlenecks to frustrate the Dabo management and paint it in bad light and inefficient in a bid to ease his way to the leadership of the Authority.

Ironically, all that resulted in a boomerang as they all ultimately lost their positions and ended up in jail!

A similar scenario seems to be playing out under Hadiza Bala Usman. Insiders hint that the hasty announcement of a second term for even when she has six clear months to run out her present tenure was a move to forestall the scheming and lobbying by Mohammed Bello Koko, the Executive Director, Finance and Administration to take over the position of Managing Director.

Bello Koko is known to be the “Man Friday” to Rt. Hon. Chibuike Rotimi Amaechi in his days as Governor of Rivers State. Koko, then a staff of Zenith Bank was reputed to have “managed” Amaechi’s Finances “competently”. On becoming Transport Minister, Amaechi, it was understood had earmarked Koko as the CEO of the NPA in the original script until the fire power El-Rufai, the Governor of Kaduna State prevailed to ensure the emergence of his “protégé, Hadiza Bala Usman as Managing Director.

It is a well known secret at the Headquarters of the Authority in Marina Lagos that the relationship between the duo of Hadiza and Mohammed since they took their oaths of office has been cold if not frosty with insinuations that Koko was making it difficult for the MD to function to optimum in order to ease his ascension to the “throne”.
With the thickening of the plot by Koko to oust Hadiza becoming desperate, she hurriedly undertook an unscheduled trip to Aso Rock to scuttle the move.

That “smart” act of hers may have saved her job at least for now, as the rug appears to have been pulled from the feet of Bello Koko with hastily issued statement by Femi Adeshina, Special Adviser to President Mohamadu Buhari Media and Publicity announcing the extension of Hadiza Bala Usman’s tenure by another five years!